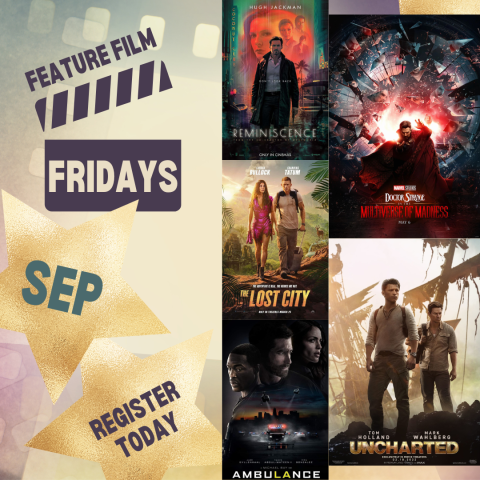 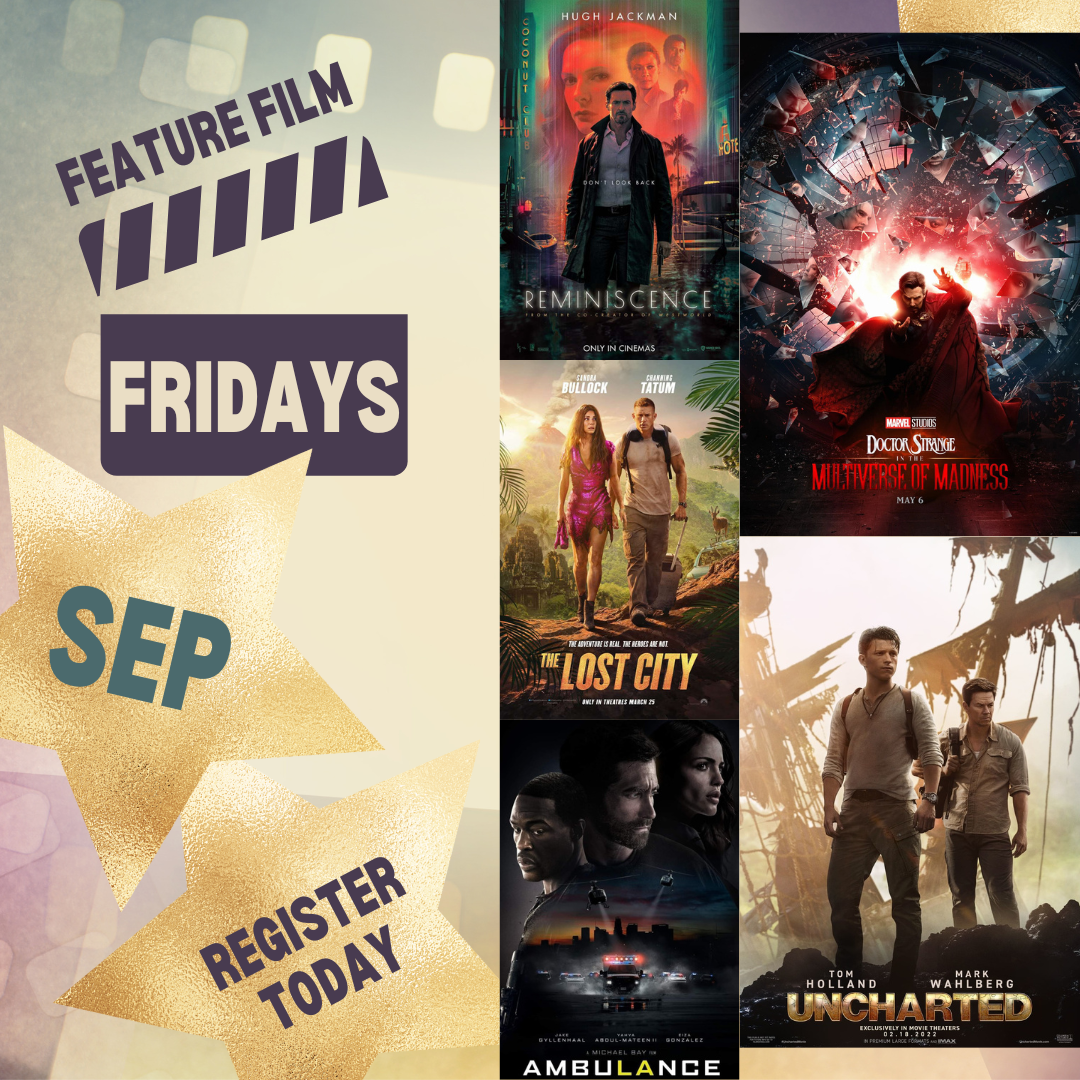 Nick Bannister, a private investigator of the mind, navigates the alluring world of the past when his life is changed by new client Mae. A simple case becomes an obsession after she disappears and he fights to learn the truth about her.

A reclusive romance novelist on a book tour with her cover model gets swept up in a kidnapping attempt that lands them both in a cutthroat jungle adventure.

"Doctor Strange in the Multiverse of Madness"

Doctor Strange teams up with a mysterious teenage girl from his dreams who can travel across multiverses, to battle multiple threats, including other-universe versions of himself, which threaten to wipe out millions across the multiverse. They seek help from Wanda the Scarlet Witch, Wong and others.

Two robbers steal an ambulance after their heist goes awry.

Street-smart Nathan Drake is recruited by seasoned treasure hunter Victor "Sully" Sullivan to recover a fortune amassed by Ferdinand Magellan, and lost 500 years ago by the House of Moncada.