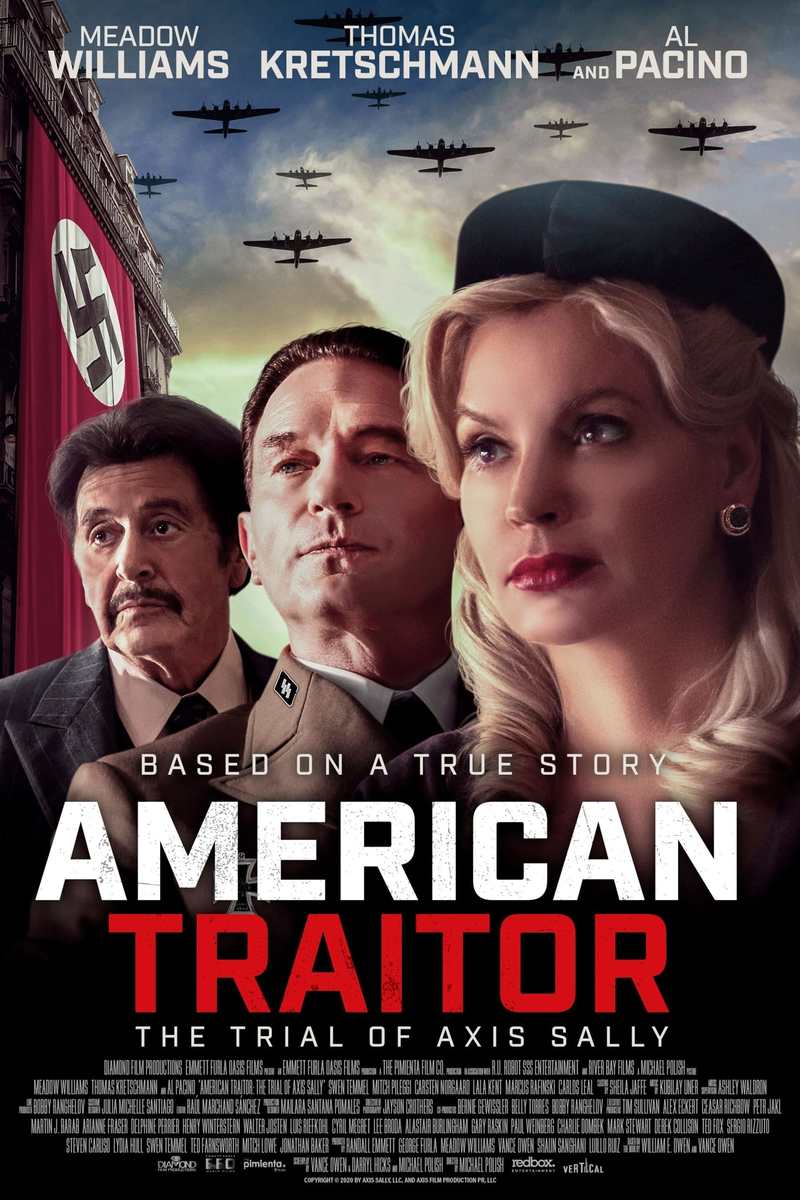 Adults
Please note you are looking at an event that has already happened.
This event has been cancelled.

This week's movie:
American Traitor, The Trial of Axis Sally

American Traitor: The Trial of Axis Sally is the true story of the trial of an American woman, Mildred Gillars. During World War II, Gillars was dubbed Axis Sally, a traitor who worked for the Third Reich's propaganda machine. She worked for the German State Radio after moving to Europe, looking for fame. Gillars' charismatic attorney defends her against 10 counts of treason while fighting an extremely negative public opinion of her.