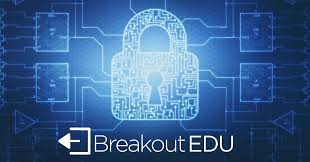 Below are hints and answers for The 100th Day Dilemma, A Need to Eat, and Cupid Cha Cha

DIRECTION : Use the Text clue “Everything is topsy turvy out in space… to get to 100!” to find connected numbers that add up to 100 starting at the TOP, not at the planets.

NUMBER : Count 100 minutes from the time on the ticket.

WORD : Use the text clue to determine if a number IS A FACTOR of 100.

COLOR:  First, convert the weight on each planet to the equivalent of 100 pounds on earth, then they must add them.  Expressed in words, looking at color of word or word phrase.

A NEED TO EAT

COLOR : What do plants need to survive? The number of items in the boxes of the elements plants need gives players the order for the code and the color of the item/border provides the colors for the code.

NUMBER : What do rabbits eat? Start at the carrots  and count that many objects as rabbits cross the garden;

DIRECTION : Help the bear find its way through the maze, avoiding the trees and rocks in the way, to the fish.

TEXT : Match the animals with the food they eat. Each food has a letter on the picture for the code.  Extra hint:  it’s not a dog, it’s a wolf.

NUMBER : Players will sort the Cupids on the image into three groups, regardless of size. Try all 3 possible combinations of numbers.

NUMBER :  Numbers hidden on the Dance Floor, formed by different colored blocks. The hearts are the beginning and end of number shape. They should also notice the same colors on the Roses are Red poem along the border.

WORD LOCK: Answer the riddle, “What did one volcano say to the other volcano on Valentine's Day?” The answer is a pun starting with the letter L.

COLOR : Notice the color of each song title. They will put the colors in order according to the number of likes for each song, fewest to most.  Dislikes don’t count.

WORD : Each Valentine has a letter underlined. The order of the letters is hinted at with the number of hearts on each Valentine.

TEXT: ISAFACTOR (IS A FACTOR)

The Need to Eat