Everything You Need to Know About the 2020 Decennial Census 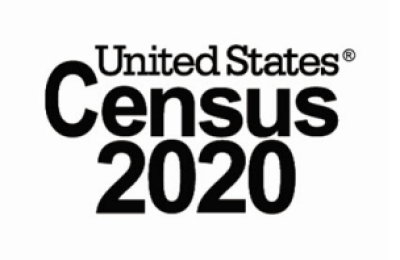 Every household across the nation will receive an invitation starting in mid-March 2020 to fill out the US Census. Read on to learn what is required, why it is important, and how you can help efforts to count every single person living within the United States.

The US Census is a short form snapshot of all United States households on Census day, April 1, 2020. Questions are in regard to your name, sex, race, and household as of April 1st, 2020. Answers are private and won’t be shared with anyone.

Getting an accurate count during the 2020 Census is critical because: 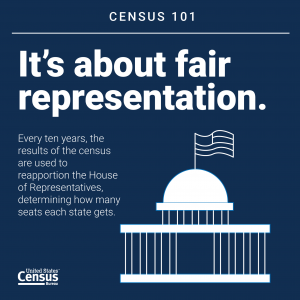 The two main reasons the decennial Census was laid out in the United States constitution as a method of insuring equal representation of the population among the states. It determines seats in Congress and funding is allocated in effort to grow the US economy for each ten year period within the U.S. Census cycle. Additionally, Census results serve as a basis for our information economy.

Illinois is likely to lose one seat in Congress because populations have moved out of the state. It is important for Illinois to retain the seats they have by getting a complete count.

In addition to representation, funding is allocated based on the Census. When people do not respond to the Census, everyone is affected. Each person that doesn’t respond costs the state $1400 in lost potential funding each year, or a total of $14,000 over ten years.

Finally, it’s not just representation and funding. Census results are anonymized and made available publically for the use of our information-based economy. This data offers insights into the economic and demographic layout of the United States, used by public, private, for-profit, and not-for-profit organizations.

How you can help: 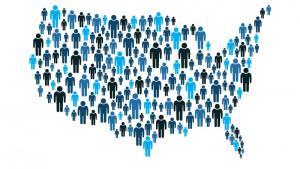 You can help by telling others that the Census is coming, and by responding to the Census in a timely manner. “Hard to count” residents often include those that have more than one home or college students and are especially important to count in Lake Forest.

Keep an eye out in the middle of March for a mailing from the US Census Bureau. There are three ways to fill out the 2020 Census: online, on paper and over the phone.  Residents who don’t fill out the form by mid-April will receive a paper form. If by April 30 a resident still haven’t filled out the form, a Census employee will visit them in person.

Interested in learning how to use Census data? The library will host a class in February.  You may also make an appointment with the business reference librarian to learn more.