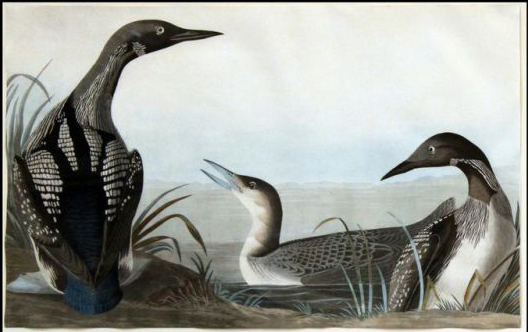 Gracing the walls of the Friends Reading Room is a set of ten original engravings created from works by artist and naturalist John James Audubon. Audubon (1785–1851) is best known for his series of life-size watercolor paintings of the birds of North America, portrayed in breathtaking detail in their natural habitats.

Audubon produced a complete set of life-sized depictions of birds in his famous double elephant folio edition, The Birds of America. As Meg Sheehy of Kenyon Oppenheimer (Chicago) explained, Audubon created a watercolor of each bird, drawn from nature. Robert Havell and staff, in England, would produce a black-and-white engraving, which would later be colored in aquatint. Subscription sets would be shipped five at a time to the buyers.

Audubon's dream of sharing his work was made possible by London engraver Robert Havell who, along with his staff, created a total of 435 engraved copper plates from Audubon's original paintings between 1826 and 1838. The series of hand-colored engravings was published as a spectacular portfolio entitled The Birds of America, of which 175 sets were sold by subscription for $1,000 each. It is believed that a maximum of 200 complete sets of the portfolio were produced. The engravings were printed on sheets that measured approximately 26 inches by 39 inches, called "double elephant" by the printing trade. These engravings, each showing its subject in actual size, are among the largest ever made. The first edition of The Birds of America is now known as the Havell double elephant folio edition, and each of the works owned and displayed by the Library has been authenticated as an original from that edition.

The Library's engravings, dating from the late 1920s through early 1930s, had been trimmed prior to framing. Extensive conservation work was funded by Friends of Lake Forest Library and memorial gifts. To date, the Friends have restored Golden Eagle, Arctic Loon, Marsh Hawk, Wood Stork, and Whooping Crane. Common Egret, Sage Grouse, and Great Cormorant were sponsored by family and friends in memory of Leonard C. Everson, former Library trustee, and King Eider is dedicated to the memory of Rev. Dr. Stephen S. Infantino by his wife, Cindy, a former Library staff member. The restoration of Blue Goose & Snow Goose was sponsored by Librarian Judy Gummere in honor of the Lake Forest Library staff.

The Audubons on display in the Reading Room were donated to the Library decades ago, although the name of the generous benefactor and the date of the donation are unknown. The original prints had been trimmed prior to framing and had been glued to cardboard mats. The condition of the prints had deteriorated over the course of many years, and extensive conservation work was undertaken beginning in 2000 to restore and reframe the valuable works. Restoration was completed by the Kenyon Oppenheimer Gallery of Chicago, with generous funding provided by the Friends of the Library, and memorial gifts from family and friends of Leonard C. Everson and Rev. Dr. Stephen S. Infantino.

For more information on John James Audubon and his art: 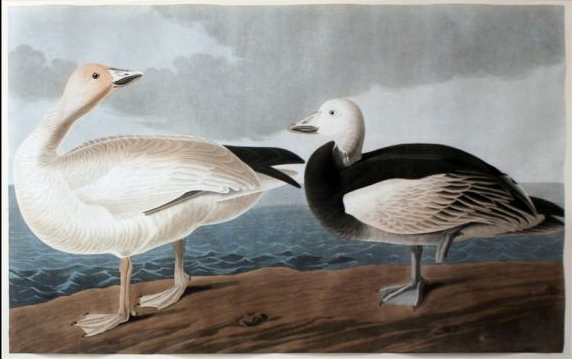 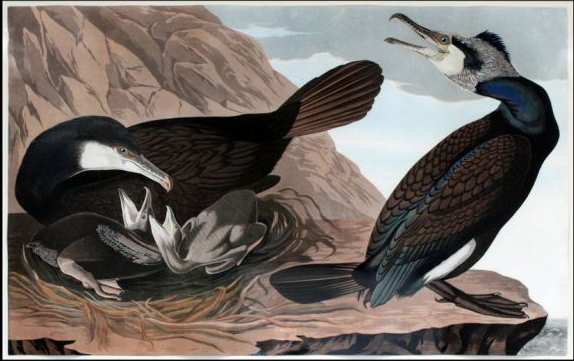 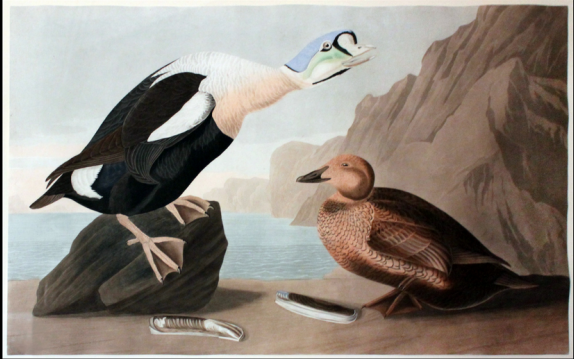 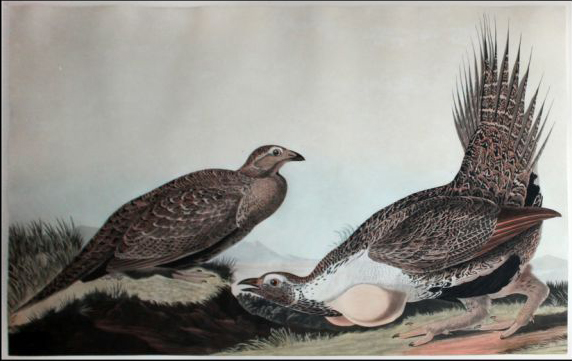 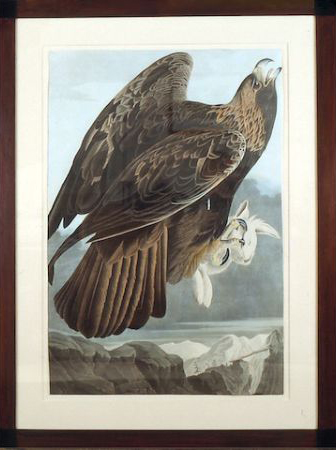 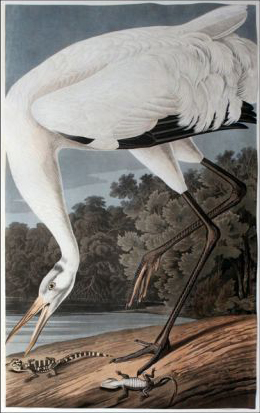 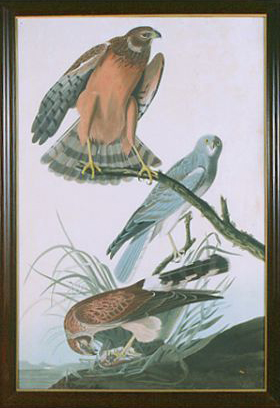 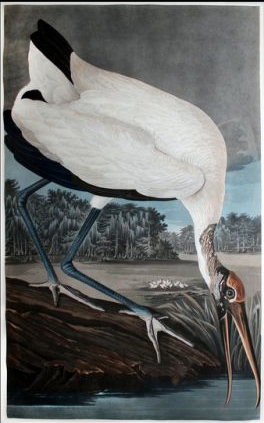 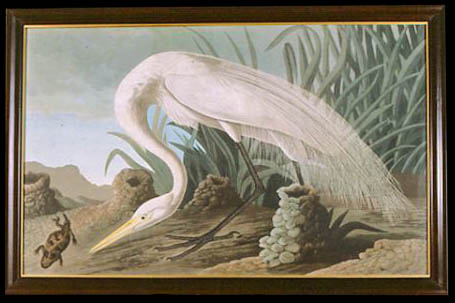