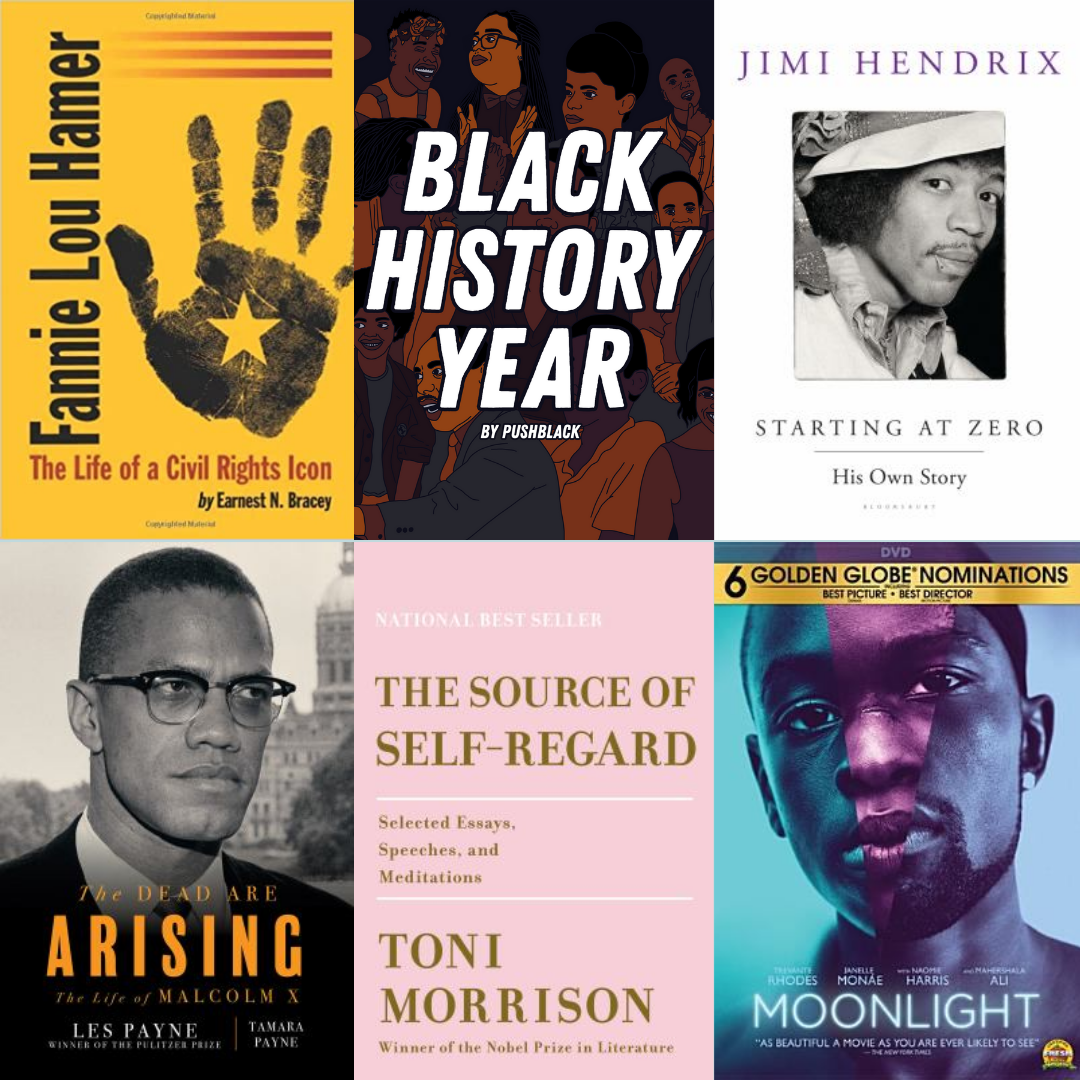 February is Black History Month, and to celebrate we put together a list of books and resources that chronicle Black history in the United States from the 1600s to the present day. These resources also share the lives and works of Black activists, writers, artists, scientists, and more. This list is by no means comprehensive.

We hope you enjoy these works or learn something from them. In the words of Inaugural Poet Amanda Gorman, "For while we have our eyes on the future / history has its eyes on us."

Sojourner Truth: A Life, a Symbol by Nell Irvin Painter

Just as I am: A Memoir by Cicely Tyson

Respect: The Life of Aretha Franklin by David Ritz

A Promised Land by Barack Obama

At Home with Muhammad Ali: A Memoir of Love, Loss, and Forgiveness by Hana Ali

The Dead are Arising: The Life of Malcolm X by Les Payne

Ida: A Sword Among Lions by Paula Giddings

I Know Why the Caged Bird Sings by Maya Angelou

Fannie Lou Hamer: The Life of a Civil Rights Icon by Earnest Bracey

Duke: A Life of Duke Ellington by Terry Teachout

Starting at Zero by Jimi Hendrix

The Beautiful Ones by Prince

Jay-Z: Made in America by Michael Eric Dyson

Quincy Jones: His Life in Music by Clarence Bernard Henry

His Truth is Marching On: John Lewis and the Power of Hope by Jon Meacham

Black Ink: Literary Legends on the Peril, Power, and Pleasure of Reading and Writing edited by Stephanie Stokes Oliver

Hidden Figures: The Untold Story of the Black Women Mathematicians Who Helped Win the Space Race by Margot Lee Shetterly

Defining Moments in Black History: Reading Between the Lies by Dick Gregory

Down to the Crossroads: Civil Rights, Black Power, and the Meredith March Against Fear by Aram Goudsouzian

Crossing the Line: A Fearless Team of Brothers and the Sport that Changed their Lives Forever  by Kareem Rosser

Julian Bond's Time to Teach: A History of the Southern Civil Rights Movement by Julian Bond

The Price of the Ticket: Collected Nonfiction, 1945–1985 by James Baldwin

The Source of Self Regard: Selected Essays, Speeches, and Meditations by Toni Morrison

Taking the Arrow Out of the Heart by Alice Walker 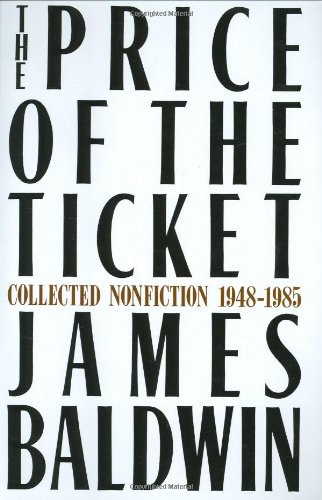 Black History Year: This Podcast connects you to the history, thinkers, and activists that are often left out of the mainstream conversations.

School Colors: A narrative podcast about how race, class and power shape American cities and schools.

Selma: Depicts the story of Dr. Martin Luther King Jr.'s struggle to secure voting rights for all people and the historic march from Selma to Montgomery, Alabama in 1965 in the face of violent opposition.

Moonlight: A young Black man struggles to find his place in the world while growing up in a rough neighborhood of Miami.

Sorry to Bother You: In an alternate present-day version of Oakland, telemarketer Cassius Green discovers a magical key to professional success, propelling him into a macabre universe.

Get Out: A young Black man meets his white girlfriend's parents at their estate, only to find out that the situation is much more sinister than it appears.

Dreamgirls: Three young women discover exactly what it takes to be in the music business and what they must give up to realize their dreams.

Fruitvale Station: The true story of Oscar Grant, a 22-year-old Bay Area resident who wakes up on the morning of December 31, 2008 and feels something in the air. Not sure what it is, he takes it as a sign to get a head start on his resolutions: Being a better son to his mother, being a better partner to his girlfriend, and being a better father to T, their beautiful four-year-old daughter. Then he's gunned down by BART officers on New Year's Day in 2009, sending shock waves through the nation.

42: The Jackie Robinson Story: 42 tells the life story of Robinson, the first African American MLB player of the modern era, and his history-making signing with the Brooklyn Dodgers under the guidance of team executive Branch Rickey.

Just Mercy: A powerful and thought-provoking true story follows young lawyer Bryan Stevenson and his history-making battle for justice in the case of Walter McMillian.

Women of Brewster Place: Oprah Winfrey, Jackee Harry, Robin Givens and Cicely Tyson star in this gripping drama about a group of strong-willed women living in the rundown housing project of Brewster Place-a street overflowing with tales of courage and anguish.

Black Panther: After tragedy forces young Prince T'Challa to assume Wakanda's throne, he is faced with the ultimate test, putting the fate of his country and the entire world at risk. Pitted against his own family, the new king must rally his allies and release the full power of Black Panther to defeat his foes and embrace his future as an Avenger.

Stamped from the Beginning by Ibram X. Kendi: In this deeply researched and fast-moving narrative, Kendi chronicles the entire story of anti-Black racist ideas and their staggering power over the course of American history.

The New Jim Crow by Michelle Alexander: As the United States celebrates the nation's "triumph over race" with the election of Barack Obama, the majority of young Black men in major American cities are locked behind bars or have been labeled felons for life. Although Jim Crow laws have been wiped off the books, an astounding percentage of the African American community remains trapped in a subordinate status, much like their grandparents before them, who lived under an explicit system of control.

Caste by Isabel Wilkerson: Beyond race, class, or other factors, a powerful caste system influences people's lives and behavior and the nation's fate. Linking the caste systems of America, India, and Nazi Germany, Wilkerson explores eight pillars that underlie caste systems across civilizations, including divine will, bloodlines, and stigma.

How to be an Antiracist by Ibram X. Kendi: Combines ethics, history, law, and science with a personal narrative to describe how to move beyond the awareness of racism and contribute to making society just and equitable. 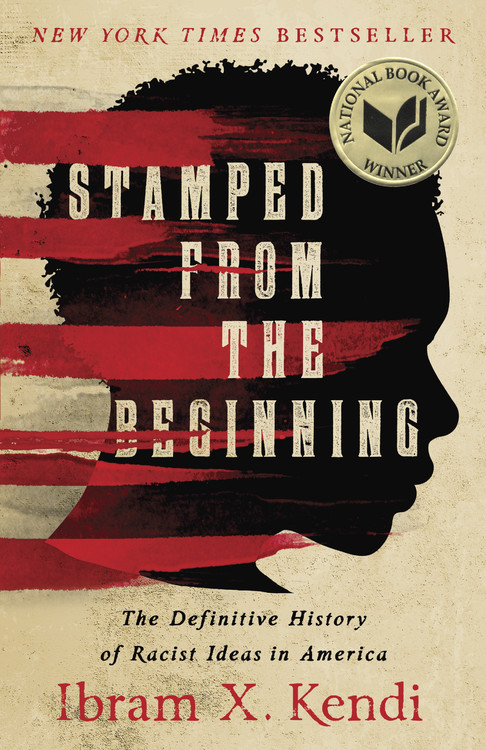 Henry's Freedom Box: A True Story from the Underground Railroad by Ellen Levine and Kadir Nelson: A Stirring, dramatic story of a slave who mails himself to freedom.

Tar Beach by Faith Ringgold: Ringgold recounts the dream adventure of eight-year-old Cassie Louise Lightfoot, who flies above her apartment-building rooftop, the "tar beach" of the title, looking down on 1939 Harlem.

Schomburg: The Man Who Built a Library by Carole Boston Weatherford and Eric Velasquez: Amid the scholars, poets, authors, and artists of the Harlem Renaissance stood an Afro-Puerto Rican man named Arturo Schomburg. His life's passion was to collect books, letters, music, and art from Africa and the African diaspora in order to bring light to the achievements of people of African descent. When his collection became so large that it threatened to overflow his house, he turned to the New York Public Library.

Let the Children March by Monica Clark-Robinson and Frank Morrison: In 1963 Birmingham, Alabama, thousands of African American children volunteered to march for their civil rights after hearing Dr. Martin Luther King Jr. speak. They protested the laws that kept Black people separate from white people. Facing fear, hate, and danger, these children used their voices to change the world.