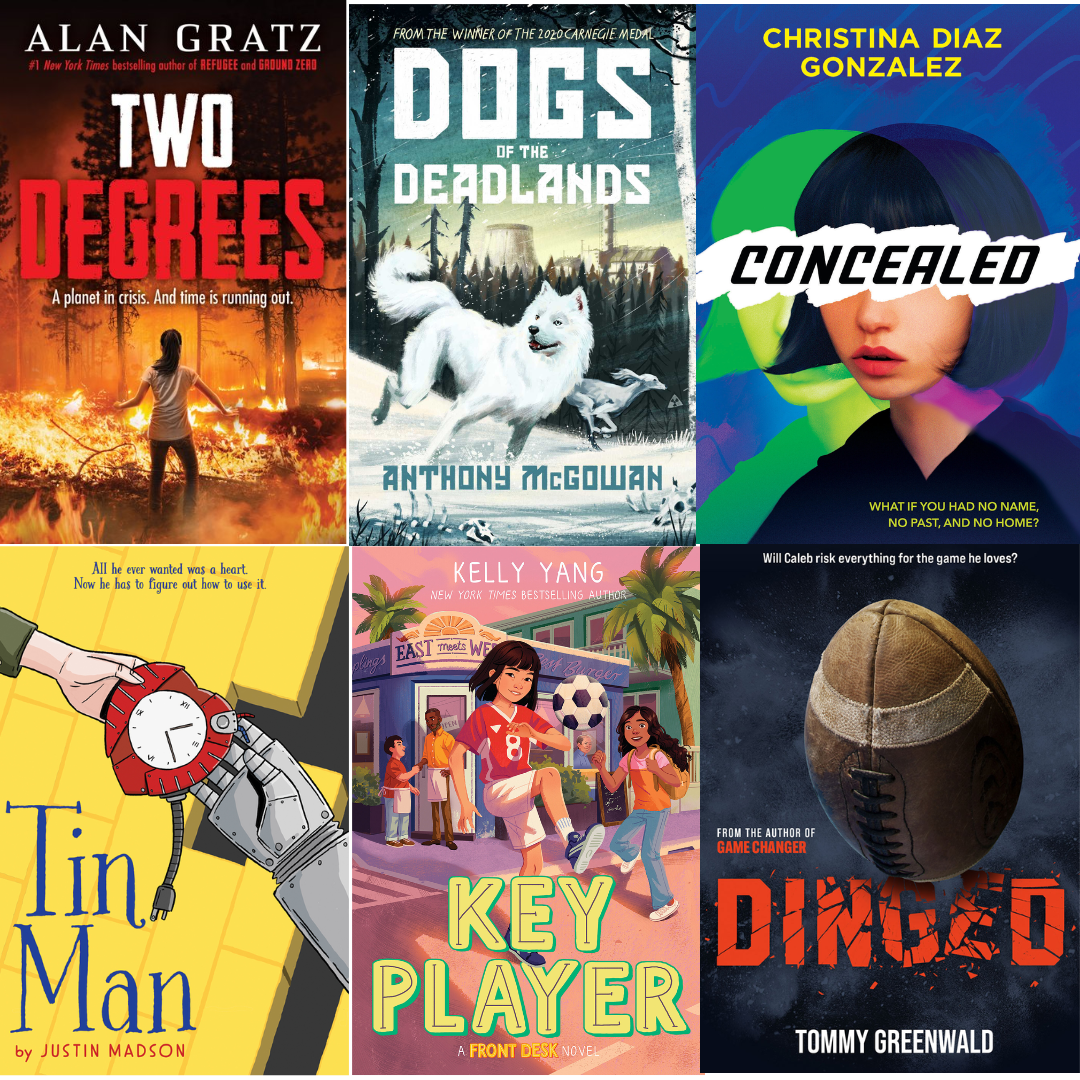 OH, SAL by Kevin Henkes.  Another story about the Billy Miller family, this time focusing on his sister.  A gentle early chapter book.  Gr K-4.

BEST WISHES  by Sarah Mlynowski.  Be careful what you wish for …  When Becca received a magic bracelet she wishes for everyone to want to be her friend.  But is that really what friendship is all about?  Gr 3-6.

KEY PLAYER by Kelly Yang.  Further episodes in the life of Mia Tang whom we first met in Front Desk.  Mia might be a good motel manager and social activist, but she is NOT good at gym class.  However, she is a soccer fan and feels conflicted when the US plays China in a Women’s World Cup.  Gr 3-6.

I KNOW YOUR SECRET by Daphne Benedis-Grab.  Trading in on the hugely popular Young Adult book One of Us is Lying, a group of middle graders are targeted by blackmail threats and suspicious of everyone around them, and each other.  Gr 4-7.

THE RAT QUEEN by Pete Hautman.  For Annie’s 10th  birthday, her papa gives her a pad of paper, some pencils, and the Klimas family secret. It’s called the nuodeema burna, or eater of sins. Every time Annie misbehaves, she writes down her transgression and sticks the paper into a hidey-hole in the floor of their house. But Annie’s inheritance has a dark side: with each paper fed to the burna, she feels less guilty about the mean things she says and does. Gr 4-8.

WE OWN THE SKY by Rodman Philbrick.  A rollicking yet serious story about 2 orphans who join their aviatrix cousin and barnstorm across Maine in the 1920’s.  However, as Catholics of French descent, they are targeted by the local KKK.  Another piece of not so well known American social history.  Gr 3-7.

HITHER & NIGH by Ellen Potter.  For all those who secretly rooted for Draco Malfoy,  Crab and Goyle, a magic school for the bad kids.  Secretly recruited and taught magical skills, Nell and her delinquent friends use their “talents” in a parallel New York City fraught with magic and monsters.  Gr 3-7.

STARLET RIVALS by Puneet Bhandel.  Middle school drama set in Mumbai as Bela tries to win a dance contest that will ensure her future in Bollywood.  Gr 3-7.

CONCEALED by Christina Diaz Gonzalez.  Katrina doesn't know any of the details about her past, but she does know that she and her parents are part of the Witness Protection Program after her father’s testifying against a drug cartel. Her fragile sense of security is destroyed when her parents disappear and she must try to find them.  Gr 3-7.

TWO DEGREES by Alan Gratz.  When three children endure separate climate change disasters--a wildfire in the California woods, a close encounter with a hungry polar bear in Canada, and a massive hurricane in Florida--they emerge from their experiences committed to changing the world.  Gr 4-6.

SPARROWS IN THE WIND by Gail Carson Levine.  A reimagining of the Trojan War, featuring the Trojan Princess and prophetess Cassandra who becomes involved with Amazon Princess Ren in attempting to end the war.  Masterful storytelling balancing action with characterization.  Gr 5+.

DOGS OF THE DEADLANDS  by Anthony McGowan.  When Chernobyl was evacuated in 1986, pets and other others remained behind.  Without a human presence, the area became a wildlife habitat again, with domestic and wild animals fighting for existence.  Here is their story.  Gr 5-8.

DINGED by Tommy Greenwald.  A cautionary tale about the risks vs rewards of pro football.  The son of a former NFL player is on his own path to stardom but sees the effect the physical abuse has had on his father.  The author uses verse, prose, messages, and articles to keep the story moving.  Gr 5-8.

TWO-HEADED CHICKEN by Tom Angleberger.  Goofy, zany, hilarious are the obvious adjectives for this romp that’s short on story and long on gags.  Gr 2-5.

TIN MAN by Justin Madson.  No, we’re not in Kansas anymore, but a lot of familiar faces are showing up in this tale of how the Tin Man handled getting a heart. Not a “happily ever after” story, but more of “now what?”  Gr 6-8.