Read Between the Ravines 2023

"An Indian among los Indígenas upends a canon of travel memoirs that has historically been dominated by white writers. It is a sharp, honest, and unnerving examination of the shadows that colonial history casts over even the most well-intentioned attempts at cross-cultural aid." —Smithsonian Magazine

"Pike's emotional honesty ... combined with her hard questions about the effectiveness of the Peace Corps and the white saviorism often built into charity work lend a heft not always found in armchair travel. Highly recommended for memoir and travel readers, and book clubs." —Booklist

"Ursula Pike is a fine writer, with an eye for people and places in Bolivia, and an ear for the sounds of languages, buses, and silence; she is deeply reflective about the critical tensions of the cross-cultural experience and the mission to serve; and Pike is Indigenous herself, an enrolled member of the Karuk Tribe of Northern California who grew up an "urban Indian," largely in Portland, Oregon." —Worldview Magazine 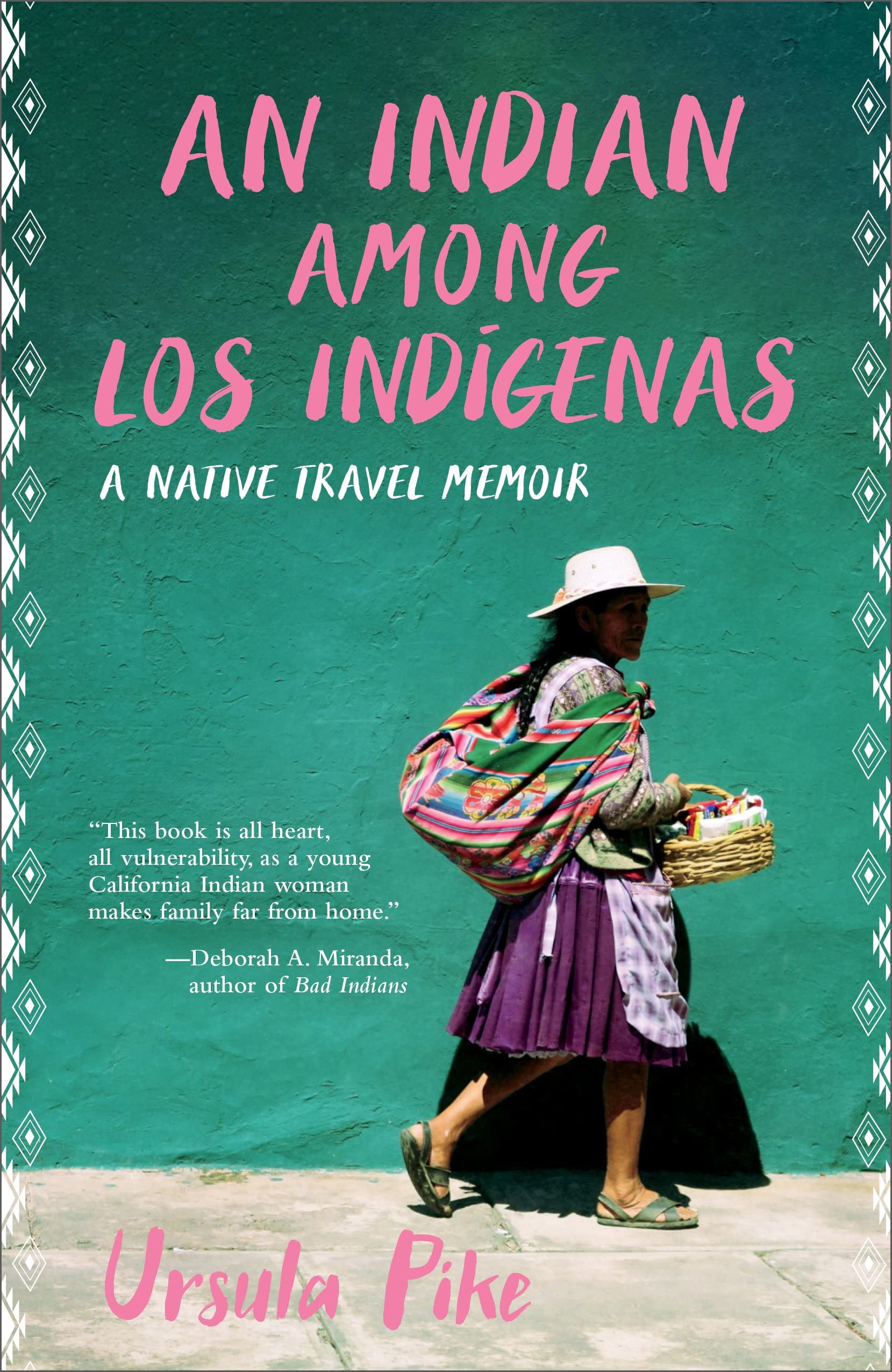 When she was twenty-five, Ursula Pike boarded a plane to Bolivia and began her term of service in the Peace Corps. A member of the Karuk Tribe, Pike expected to make meaningful connections with Indigenous people halfway around the world. After all, she was not just another privileged volunteer. She was "one of the good ones"—a fellow Native who wanted to help lift a community out of poverty through economic development.

But her hopefulness quickly turned to something different. She was there to help Bolivians, but instead they helped her: cooking her food, washing her clothes, teaching her to navigate the geography and language. Even her plans for “economic development” seemed questionable, as if they meant expecting a community to choose between its culture and its future.

Over the next two years, as a series of dramatic episodes brought these tensions to boiling point, she began to ask: What does it mean to have experienced the effects of colonialism firsthand, and yet to risk becoming a colonizing force in turn?

An Indian among los Indígenas, Pike's memoir of this experience, upends a canon of travel memoirs that has historically been dominated by white writers. It is a sharp, honest, and unnerving examination of the shadows that colonial history casts over even the most well-intentioned attempts at cross-cultural solidarity. It is also the debut of an exceptionally astute writer with a mastery of deadpan wit. 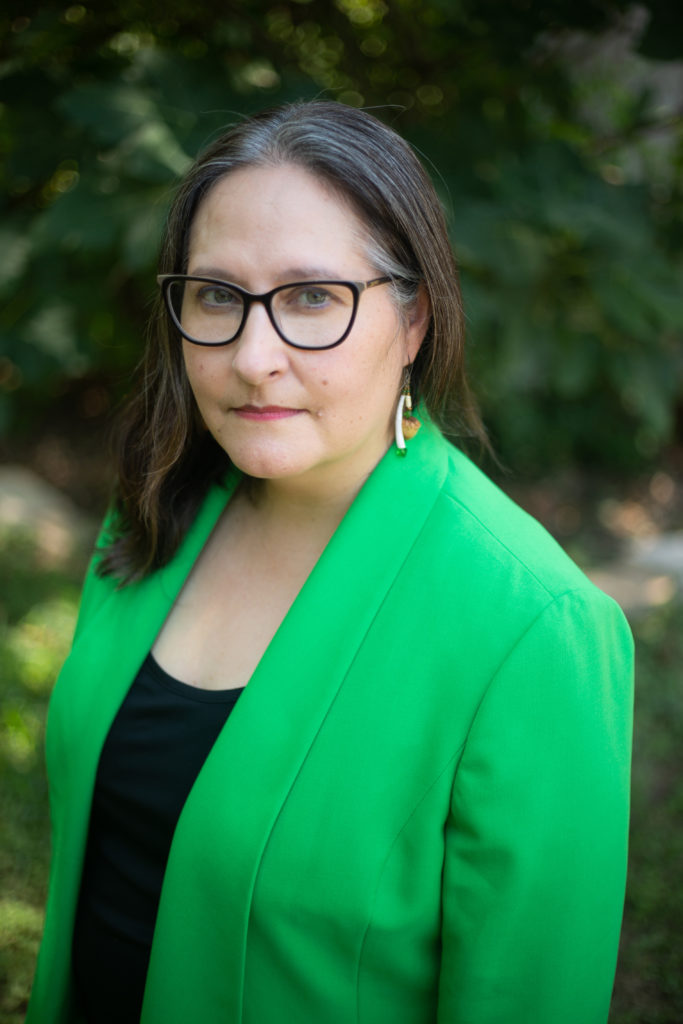 Ursula Pike is a graduate of the MFA program at the Institute of American Indian Arts. Her work won the 2019 Writers' League of Texas Manuscript Contest in the memoir category, and her writing has appeared in Yellow Medicine Review, World Literature Today, and Ligeia Magazine. She has an MA in economics, with a focus on community economic development, and was a Peace Corps fellow at Western Illinois University. She served as a Peace Corps volunteer in Bolivia from 1994 to 1996. An enrolled member of the Karuk Tribe, she was born in California and grew up in Daly City, California, and Portland, Oregon. She currently lives in Austin, Texas.

This event is in the "Adults" group.

Nonfiction at Night: "We Had a Little Real Estate Problem: The Unheralded Story of Native Americans & Comedy"

Dickinson Hall Book Discussion of "An Indian Among Los Indígenas"

Bolivian Art through the Ages with Deb Levie

An Evening with Ursula Pike

"More than Memory: Using Research to Enhance Your Memoir" with Ursula Pike 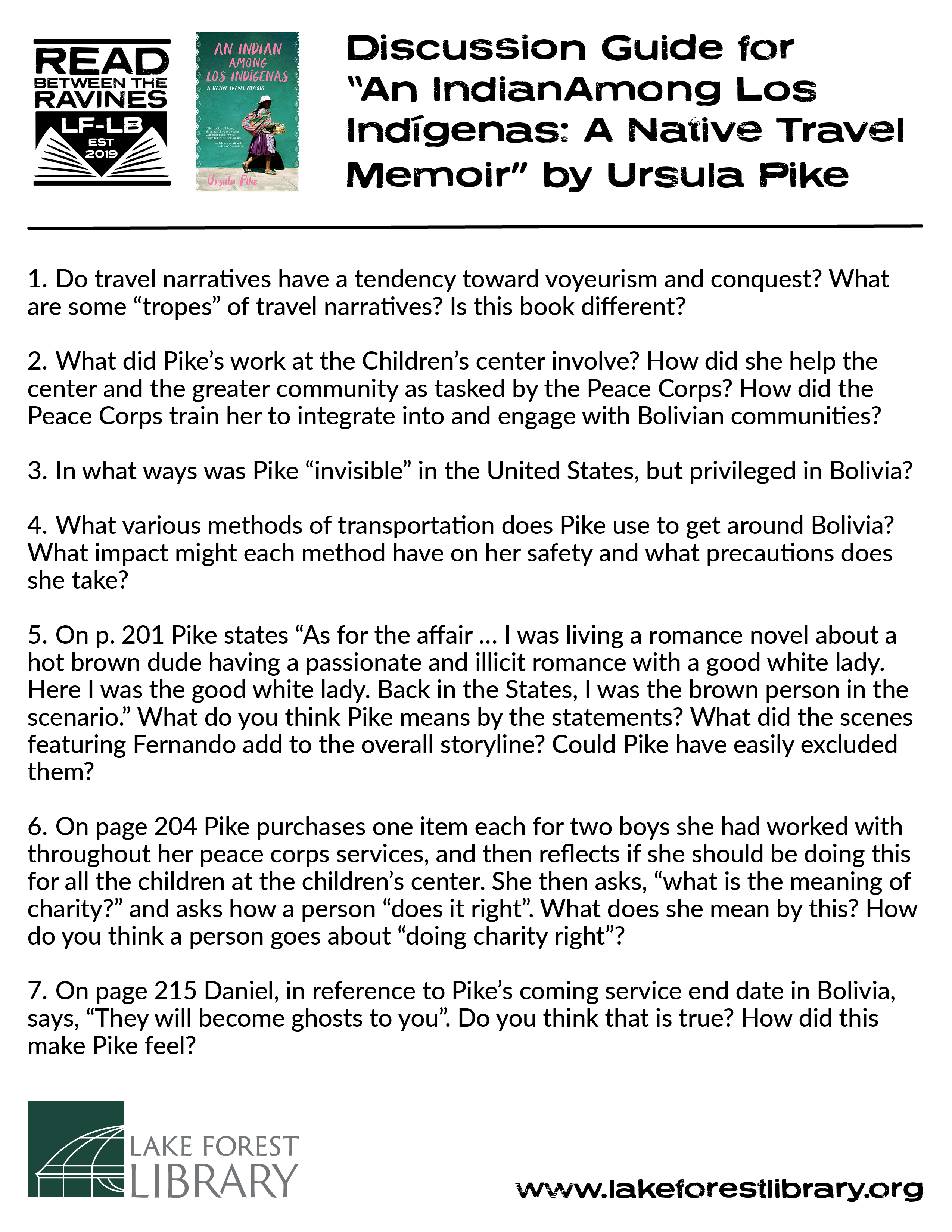 Read Next After "An Indian Among Los Indígenas"

Thank You to Our Partners