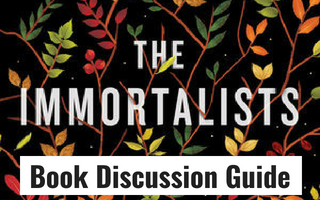 Why we chose this title:

This was a really well-done story in my opinion. It made me think about my own mortality, and whether or not I would want to know my death date. It was interesting to see how the information about the characters' death dates influenced the rest of their lives. There's a lot to discuss in this story. -Liz, Adult Services Librarian 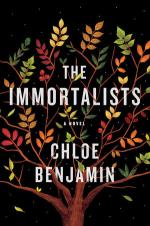 If you knew the date of your death, how would you live your life?

It's 1969 in New York City's Lower East Side, and word has spread of the arrival of a mystical woman, a traveling psychic who claims to be able to tell anyone the day they will die. The Gold children—four adolescents on the cusp of self-awareness—sneak out to hear their fortunes.

The prophecies inform their next five decades. Golden-boy Simon escapes to the West Coast, searching for love in '80s San Francisco; dreamy Klara becomes a Las Vegas magician, obsessed with blurring reality and fantasy; eldest son Daniel seeks security as an army doctor post-9/11; and bookish Varya throws herself into longevity research, where she tests the boundary between science and immortality.

A sweeping novel of remarkable ambition and depth, The Immortalists probes the line between destiny and choice, reality and illusion, this world and the next. It is a deeply moving testament to the power of story, the nature of belief, and the unrelenting pull of familial bonds.

1. THE IMMORTALISTS explores the degree to which we shape our own destinies. Do you believe that the siblings’ fate was preordained? Why or why not?

2. The novel takes place in very different settings --- 1960s New York City, the San Francisco dance scene, glitzy Las Vegas hotels. In what ways do these locations affect the characters? Why do you think all four of the siblings moved away from New York City?

3. THE IMMORTALISTS is narrated by the four siblings in separate sections. What was your reading experience when you switched sections? Did you identify more closely with certain siblings?

4. The power of belief --- whether it be magic, religious faith or storytelling --- is an important theme in the novel. How does belief affect each of the siblings? What is different or similar about the stories they tell themselves?

Interviews with the Author: 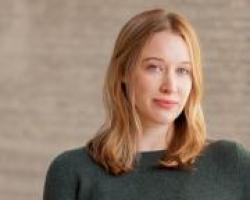 GoodReads Excerpt from the interview: Each section was really immersive, and I didn't write them at the same time. There are some times when a scene from later in the book would come to me early. But primarily, because I did these deep dives with each character, I just felt really attached to them. I have to say, I love the characters in this book more madly than anything else I've written—which I am sure makes me some kind of textbook narcissist! But I really just love them. I think that comes through, too. I think readers feel more of an emotional connection with these characters because I do.

American Book Sellers Association Excerpt from the interview: I think it just came out of my own anxieties and neuroses. I’ve always struggled with uncertainty and the fact that we don’t know how long we have in the world, which is kind of the greatest uncertainty there is. And, of course, we also don’t know what happens afterwards. So I think it came about organically. I don’t think I was intentionally trying to come up with a concept into which I could channel that, but it was always simmering in the background. I knew I wanted these four children to go see a fortune teller and that was the seed, but over time I got to know each of the siblings individually, and that was very much its own slower, longer process.

Zyzzyva Excerpt from the interview: That structure was there for me from the beginning. And I always felt grateful for that because structure is hugely helpful to me psychologically. I knew that the book would be divided into roughly four parts after the prologue, so I knew about how many pages to give each sibling, and I had a form to help me craft the arc of each sibling as well as the arc of the book as a whole. I’m also drawn to books that are written in a close third and which give you the chance to see how different characters interpret the same event(s). But I appreciate, too, the emotional investment that comes from staying with one character over a long period of time. This structure felt like a way to have both.

NPR Excerpt from the interview: Well, I grew up in San Francisco. And I grew up with gay parents. And so the gay community and gay rights have always been incredibly important to me, as has the history of that city. So even though I wasn't really conscious during the AIDS crisis itself, it was really important to me to do justice to that time period and to the people who lived through such a horrific loss.

Food & Drinks for Your The Immortalists Discussion:

Themes of magic and fortune are all over The Immortalists, so why not create some food and drink to go along? 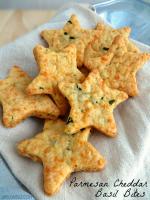 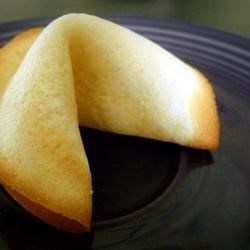 What to Read Next: 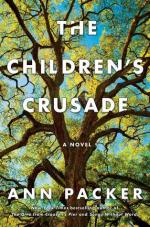 The Children's Crusade by Ann Packer Bill Blair finds the land by accident, three wooded acres in a rustic community south of San Francisco. The year is 1954, long before anyone will call this area Silicon Valley. Struck by a vision of the family he has yet to create, Bill buys the property on a whim. In Penny Greenway he finds a suitable wife, a woman whose yearning attitude toward life seems compelling and answerable, and they marry and have four children. Yet Penny is a mercurial housewife, at a time when women chafed at the conventions imposed on them. She finds salvation in art, but the cost is high.

Thirty years later, the three oldest Blair children, adults now and still living near the family home, are disrupted by the return of the youngest, whose sudden presence and all-too-familiar troubles force a reckoning with who they are, separately and together, and set off a struggle over the family's future. One by one, the siblings take turns telling the story--Robert, a doctor like their father; Rebecca, a psychiatrist; Ryan, a schoolteacher; and James, the malcontent, the problem child, the only one who hasn't settled down-their narratives interwoven with portraits of the family at crucial points in their history. 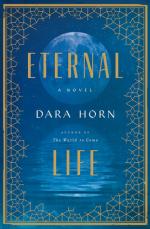 Eternal Life By Dara Horn Rachel is a woman with a problem: she can’t die. Her recent troubles—widowhood, a failing business, an unemployed middle-aged son—are only the latest in a litany spanning dozens of countries, scores of marriages, and hundreds of children. In the 2,000 years since she made a spiritual bargain to save the life of her first son back in Roman-occupied Jerusalem, she’s tried everything to free herself, and only one other person in the world understands: a man she once loved passionately, who has been stalking her through the centuries, convinced they belong together forever.

But as the twenty-first century begins and her children and grandchildren—consumed with immortality in their own ways, from the frontiers of digital currency to genetic engineering—develop new technologies that could change her fate and theirs, Rachel knows she must find a way out.

Gripping, hilarious, and profoundly moving, Eternal Life celebrates the bonds between generations, the power of faith, the purpose of death, and the reasons for being alive.