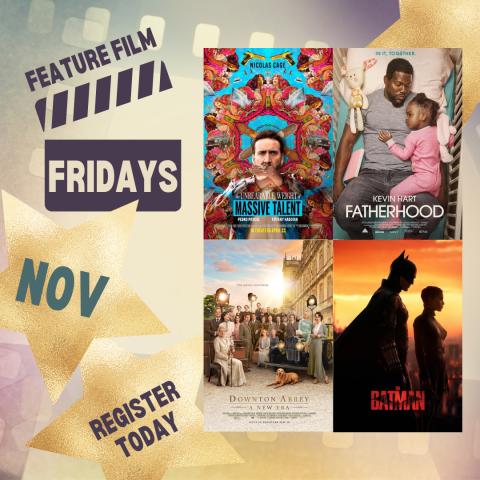 Adults
Registration for this event is no longer open.

"The Unbearable Weight of Massive Talent"

In this action-packed comedy, Nicolas Cage plays Nick Cage, channeling his iconic characters as he's caught between a superfan and a CIA agent.

The Crawley family goes on a grand journey to the South of France to uncover the mystery of the dowager countess's newly inherited villa.

A father brings up his baby girl as a single dad after the unexpected death of his wife who died a day after their daughter's birth.

When a sadistic serial killer begins murdering key political figures in Gotham, Batman is forced to investigate the city's hidden corruption and question his family's involvement.