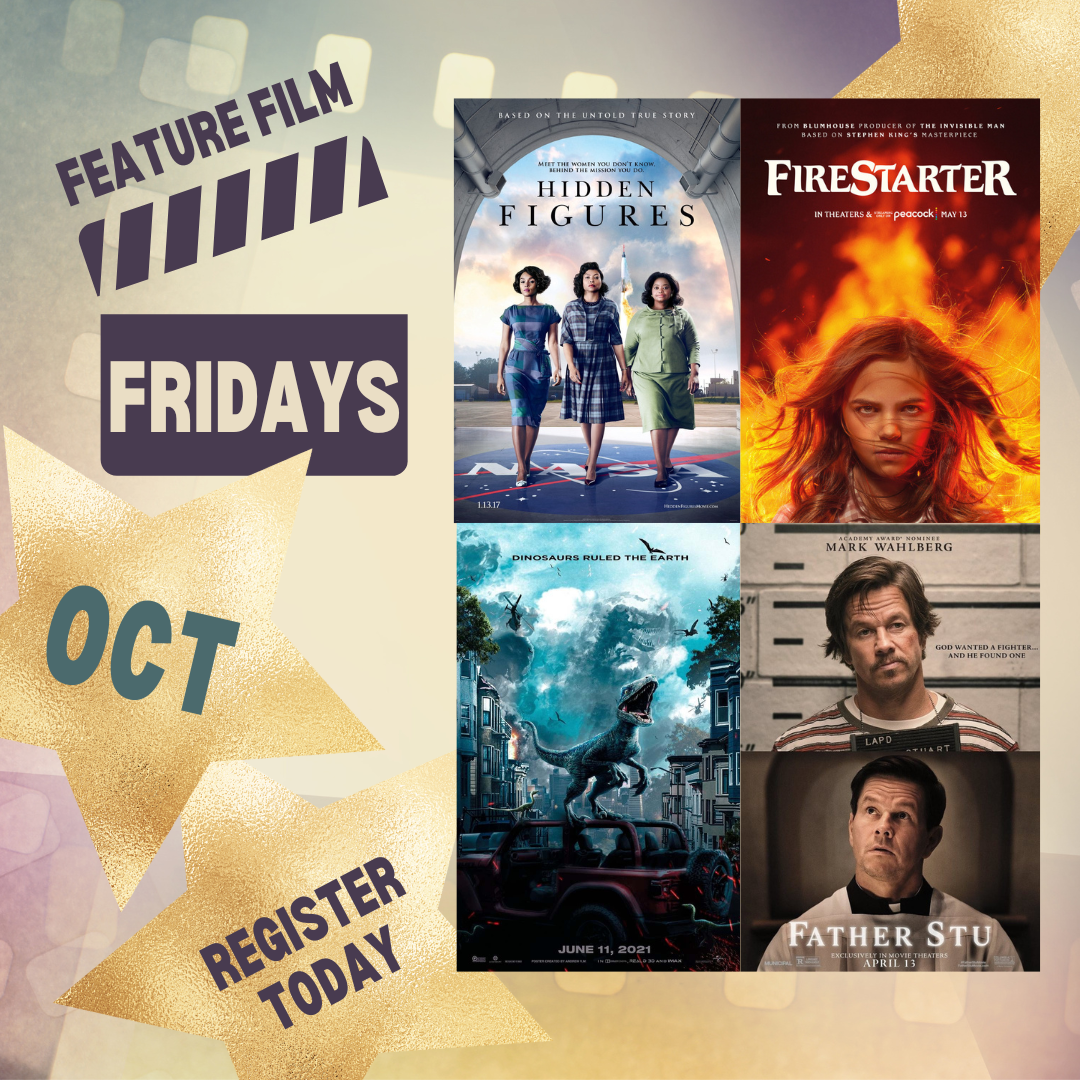 Adults
Please note you are looking at an event that has already happened.
Registration for this event is no longer open.

The story of a team of female African-American mathematicians who served a vital role in NASA during the early years of the U.S. space program.

Four years after the destruction of Isla Nublar, dinosaurs now live—and hunt—alongside humans all over the world. This fragile balance will reshape the future and determine, once and for all, whether human beings are to remain the apex predators on a planet they now share with history's most fearsome creatures in a new Era.

Follows the life of Father Stuart Long, a boxer-turned-priest who inspired countless people during his journey from self-destruction to redemption.

A young girl tries to understand how she mysteriously gained the power to set things on fire with her mind.